A mystic worth noting... 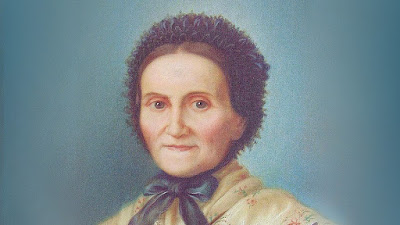 This woman's holiness is notable, not due to her mystical gifts, but to her charity and ordinary life.  Saints are never canonized for mystical gifts or phenomenon, but rather their heroic virtue and fidelity.

She is the ideal mystic, since her mystical gifts went unnoticed for a long time, not interfering with her daily duties, nor attracting attention to herself.  She never developed a cult following, nor allowed herself to become a local celebrity and so on.  There was nothing morbid about her spiritual life.

Her family, a place of holiness

Remaining in the paternal domicile, she made sure to participate well in the household tasks which fell to her. Her sister-in-law Josette did not make her life easy : a severe and rude woman, she humiliated Marguerite and did not spare her. Marguerite did not hold grudges against her. And, when Josette arrived at the end of her life, struck down precociously by an illness, Marguerite took care of her and prepared her for death. She was in fact the only person she accepted near her.

Her sister Marie-Marguerite, called « Mariette », suffered from the dissolution of her marriage, and came back to live at home. Her brother Joseph, who remained a bachelor, with a rather violent character and sometimes loose morals, ended up serving a short prison sentence! And her elder brother Claude had a child outside wedlock, the little François. Marguerite asked him to recognise the child officially. She took charge of his education. On the other hand her brother Jean understood better the mystical life of his sister and sometimes worried about her health.

Faced with her brothers and sisters, victims of difficult situations in their life, Marguerite would never have judged them in a moralist manner. On the contrary, through her testimony of a life filled with love and charity, each in their turn felt attracted by Christ to then undertake through love a true path of conversion. - Biography St, Marguerite

"Each Friday, Marguerite relived the Passion of Christ in her flesh. United with Jesus, she offered up the suffering she endured in the silence and privacy of her bedroom, sheltered from public eyes."