So. Viganò calls for the reconsecration of St. Peter’s Basilica? 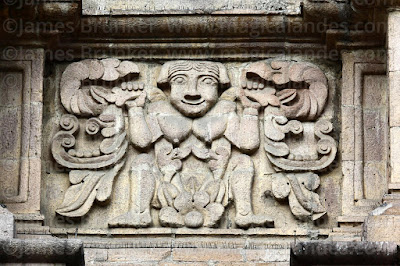 Pachamama, a symbol of earth’s fertility for Andean cultures.

Yep.  Those are the words of Archbp. Carlo Maria Viganò.

Fr.Z links to the original story/interview from LifeSiteNews.  Methinks they protest too much - but who am I to judge?

I'm certainly not afraid.  As a fan and painter of Indigenous-Spanish-Colonial art, and since I have been influenced by Spanish mysticism and spirituality since my youth, as well as that introduced by missionaries in the Americas, I have great esteem for the indigenous elements documented in Roman Catholic iconography, much of which remain to this day. 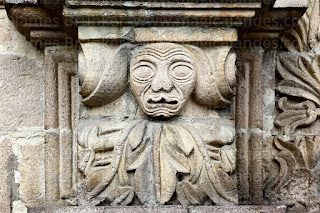 The idea that a Pachamama image(s) was found displayed in Our Lady's Church in Rome, and carried along a Way of the Cross at St. Peter's, or was used in a tree planting ceremony in the Vatican gardens, hardly rises to the Abomination of Desolation level of apostasy.  St. JPII attended similar ceremonies in Assisi, kissed a Koran, among other actions, which always unsettled the settled.  My point is, to some extent these concerns are not new - the issue of inculturation and the fears of syncretism stretch back to Colonial times.  I will offer an example from Bolivia. 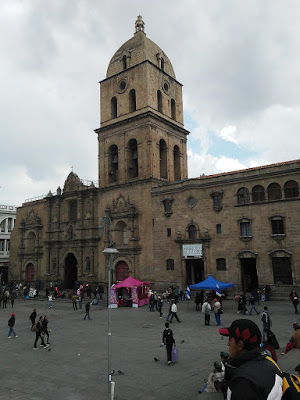 San Francisco, La paz
All photos for this post
are details of the 1700's facade.


The facade of the Basilica of San Francisco in the city of La Paz, Bolivia.


A plaque at the atrium of the San Francis church that is part of the market reads: “What began causing divisions, ended up uniting two cultures in a rich blend of cultures that marks the identity of this unique city.”

In LaPaz, Bolivia, in 1549, the Franciscan order built a church. It was rebuilt some 200 years later by indigenous people who had converted to Catholicism. In its baroque-styled facade, they carved in stone the head of a bull, a symbol of the colonizers, as well as Franciscan shields, and a bare-breasted goddess, who Mendoza says is Pachamama, a symbol of earth’s fertility for Andean cultures.

Anthropologists say that the indigenous would camouflage their beliefs under Catholic ones. That created a blend of Christian and ancestral rites, called religious syncretism. It is recognized by Bolivia’s constitution under the term “Andean cosmovision,” and it is widely practiced by many in the mostly indigenous South American country. - Source

God bless the prelates and priests concerned about the confusion in the Church, but they need to stop stirring up fears of Satanism invading the sanctuary, and giving so much credence to powerless idols - who have mouths, but speak not, who are naked, but attract not.

As Pope Francis has pointed out since the beginning of his Pontificate, real idolatry exists in the world and is perpetrated by big business, politics, prosperity-gospel-preachers, and ideological colonization - by any entity well funded by their followers.  Entire nations, along with big business take part in infant sacrifice through legalized  abortion and imposed contraception, as well as human trafficking.  One ought not forget the role big pharma, fashion and pop-culture plays in the manipulation of gender-identity,  body-dysphoria - which is worse than any form of tribal scarification-mutilation and or tattooing to 'please the gods'.  The priests of Baal cut themselves to gain favor with their false gods.   Our generation is idolatrous to the extreme, we embrace these forms of pagan ritual in ordinary life.  Look how prevalent piercings and tattoos are even among devout Catholics.

Just remember, Pachamama and many other pagan effigies hold places of honor on church facades and in the interiors of churches throughout Europe since Medieval times and earlier. 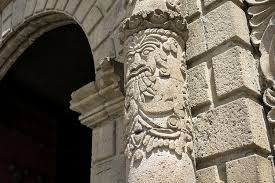 On April 23, 1758, The Basilica was officially consecrated - as it is.
Maybe someone might want to inform Vigano?

Email ThisBlogThis!Share to TwitterShare to FacebookShare to Pinterest
Labels: pachamama hysteria, Spanish Colonial Art, Vigano and the plot against the Pope