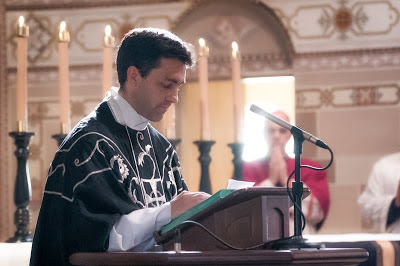 Recovering from the flu.

I finally made it to Mass and confession yesterday.  I was able to spend time in adoration but had to leave because my cough, which sounds bad, was scaring other adorers.  I had to leave Mass early as well.

I just want to mention a couple of things I think need to change at Mass - especially in flue season.  Stop holding hands and giving the sign of peace.  Just stop it.  I have a feeling that could be how I got sick in the first place.  Not sure.

Now that I'm old, I have difficulty kneeling, so I have to go to confession face to face, because I can sit.  Face to face confession is distracting.  I don't know where to look, and I forget that I'm confessing to Christ and I get caught up in the personality of the priest, and sometimes get confused.  I'm not looking for approval or anything like that, but it sometimes breaks down to a more natural exchange - I'm not sure how well I expressed that.

In the Mass and contemporary homiletics, as well as face to face confession, there can be a self-conscious concern for 'performance' and an expectation of reward or at least approval and affirmation.  I wouldn't mind some reform of the Mass and the sacraments more in line with the traditional rites.

Just saying.  I don't want to spend the rest of my life complaining or arguing about stuff like this, it's just that I kind of get why younger people are attracted to the traditional rite.  There is something banal about the ordinary form as it is celebrated in parish communities.

The announcements before the final blessing along with some of the fund raising presentation performances,  strike me as especially disconcerting.  It's usually all in the bulletin or online.   What a huge distraction from any recollection attained in Holy Communion, despite the constant singing throughout the thanksgiving.  (If I remember correctly there was very little musical accompaniment during Lent - not now of course.)  No wonder a huge cacophony of greetings and conversation erupts immediately after Mass.