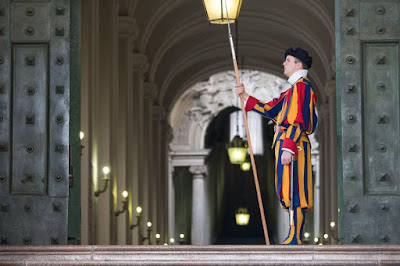 Robert Royal and EWTN are fundraising (that's like 'sweeps week' for media outlets - you need salacious headlines to attract an audience).  So, as I pointed out, Robert Royal is fundraising, as so many do this time of year, yet invoking the Immaculate Conception, and while insisting his publication is defending the faith, at the same time he's promoting a book by an anonymous author who takes down the papacy of Pope Francis.  I would suggest that no faithful Catholic read this type of anti-papist propaganda used to discredit Pope Francis.  This is what Mr. Royal had to say in the introduction to his revue of the book:

This is an all too brief account of a remarkable new book on the pope, which is making waves in Rome and around the world. Fr. Gerald Murray, Raymond Arroyo, and I will discuss this and other matters in greater detail tomorrow evening on EWTN’s “The World Over,” 8 PM East Coast time (Check local listings for rebroadcasts and postings on YouTube). We began our year-end funding drive on November 8, and I’d like to end it this Friday, December 8, the Feast of the Immaculate Conception. You’ve already heard more than enough on this from me. - The Catholic Thing


I've already heard more than enough from Robert Royal and the rest of Catholic media detraction and calumny against the Pope.

Yesterday I came across a Facebook post linking to a Church Militant denunciation of the Holy Father, which has since been removed.  It appears to be only a matter of time before Church Militant bails on the Pope as well - I may be wrong.  Yet all of this criticism and so-called analysis based upon conjecture, rumors and gossip, propagated by disgruntled clerical-courtesans in the Vatican, does severe damage to the faith of ordinary people and those outside the Church who are being told that Vatican II and the Ordinary Form of Mass have destroyed the Church and led to apostasy from within the Church.

Even with limp cautions to be careful reading "The Dictator Pope" - along with the dispensation of 'a need to know', one needs to recognize that the book will take on a life of its own and become embedded in the public consciousness, not unlike Cromwell's defamation of P. Pius XII in his book, "Hitler's Pope" has.   Fr. Z exonerates his promotion of the book with the following disclaimer:


It is not flattering. Some of it resonates with what I have picked up in my last visits to Rome and conversations with friends who still labor there. There is a really bad environment in Rome right now. The tension is so thick that you could cut it with chainsaw… maybe.

REMEMBER: Most of you do not have to read this stuff. Some of us do. Most do not. Be wary, in yourself, of the vice of curiositas. Yes, there is a kind of “curiosity” which leads to sin. - Fr. Z


Yet Fr. Z endorses the book, suggesting he can vouch for it's contents stating: "Some of it resonates with what I have picked up in my last visits to Rome and conversations with friends who still labor there. There is a really bad environment in Rome right now."  This is what gossip is.  This is hearsay and gossip.

As Fr. Z said, most of you do not have to read this book.  He doesn't have to either.  No one does.  Fr. is correct in warning about curiositas - do as he says, not as he does.

Do not donate to these people.  They engage in gossip, hearsay, and detraction - if not calumny.  They are feeding scandal and division. 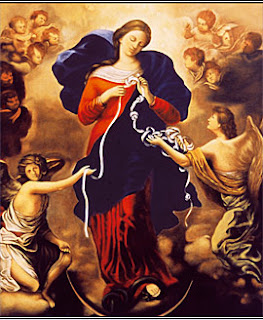 Powerful Mother, by your grace and intercessory power
with Your Son and our Liberator, Jesus,
take into your hands today this knot.
I beg you to undo it for the glory of God, once for all.


Pray for the Holy Father.  Our Lady told us, "he will have much to suffer."  I always remember the vision of St. Jacinta Marto:


Consider Jacinta's vision in light of how the Holy Father is being treated today - especially by Catholics - and what he himself has been saying since the beginning of his pontificate.

"Only God knows the stories of those people who have given their lives, who have died, and continue to be stoned with the hardest stone that exists in the world: language.” - Pope Francis 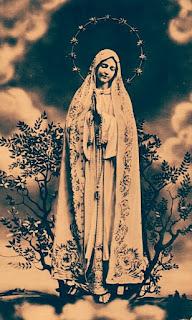 Pray the Rosary every day.