Have you ever had a comment rejected? I did today - at First Things. 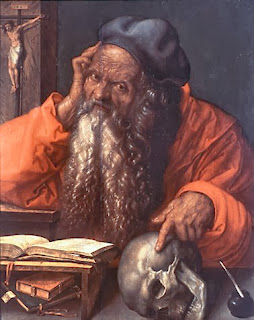 Elizabeth Scalia posted a good story titled, "Is There Room For Sarah?"

Reflecting upon the 'new openness' of Pope Francis, and Cardinal Dolan's accolade, “He’s a great relief to all of us.”  Elizabeth tells the touching story of an online friend she maintained contact with, who happened to be a transgender -  a post-operative, transgendered woman, named Sarah.

Sarah wasn't Catholic, primarily because she was convinced the Church would not accept her.  It's a beautiful, poignant story of faith.  Take a moment to read it here.

Elizabeth searched for an answer and her post is an extension of that search...

Must Sarah confess as a sin the surgery through which an identity had been formed that put a lifetime of suicidal thoughts to rest and brought a measure of peace? Must Sarah (whose baptismal name I never knew) do what was possible, within constraints of health and finances, to henceforth present as a man in order to come to church? - Elizabeth Scalia


Personally, I doubt the issue is as complicated as it may sound.  I suspect that Sarah could be welcomed into the Church just as she was - quietly, discreetly perhaps - or without any provision of anonymity.  Especially since she was post-operative.  I'm not sure why that would be a problem - after all gender identity dysphoria remains classified as a disorder.  Certainly any person with a disorder can become Catholic.

In my comment on First Things I noted that while he was Bishop of La Crosse, Wisconsin, Cardinal Burke permitted a transgendered woman to begin a religious community, or pious association of the faithful.  As Bishop, Burke said he did so in consultation with the Holy See.  A concerned lay woman, went over the Bishop's head and complained to the Vatican.  As a result, the community was disbanded.

In a letter, Bishop Burke responded to the complaint, writing:


"With regard to Sister Julie Green, F.S.J., the recognition of the association of the faithful which she and Sister Anne LeBlanc founded was granted only after consultation with the Holy See," he writes. "These are matters which are confidential and do not admit of any further comment.... I can assure you that Sister Julie Green in no way espouses a sex change operation as right or good. In fact, she holds it to be seriously disordered. Therefore, I caution you very much about the rash judgments which you made in your letter to the Apostolic Nuncio." - Source


My comment was meant to shed some light on the issue of transgender persons coming into the Church and one instance of pastoral accommodation.  Although the woman could not continue as a woman religious, she was obviously admitted-accepted in the Church, and I believe she remains a faithful Catholic.  First Things editor Joe Carter rejected the comment.  Pity.

Art: Origen.  He castrated himself. 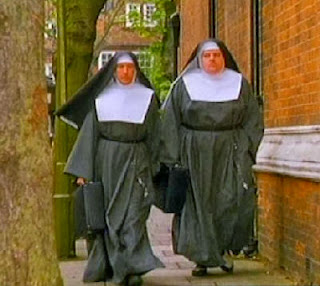