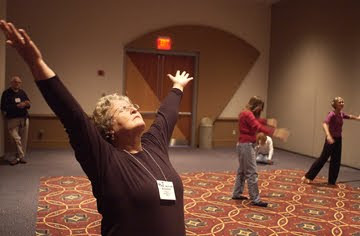 .
Although council leaders have denied that they are attempting to create their own church, the American Catholic Council website states their mission clearly: “We seek nothing short of a personal conversion of all to create a new Church.” And, while the organizers of the proposed council have appropriated the language and trappings of an authentic Catholic council, the reality is that the American Catholic Council will be conducted entirely outside the purview of the Church, flouting canon law, and ignoring input from current Church leaders. - Read more
.
Aren't those seniors cute though?  Keeps 'em busy.  I wonder if Michael is going, oh, and Sr. Lou, sosf?
Posted by Terry Nelson at 12:16 AM