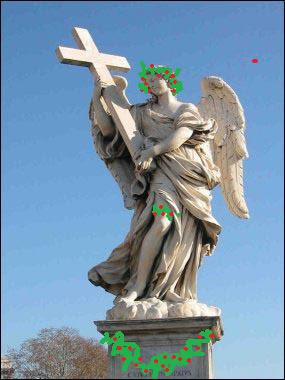 A post about Christmas ads, PETA, Theology of the Body, Victoria's Secret revealed, and "Do these GAP jeans make my butt look big?"
.
All right - I changed my mind.  I decided the Gap ad is bad - I mean - annoying.  I love Christmas ads - but the Gap ad is getting on my nerves.  In fact, holiday marketing is very crappy this year - and yet I read somewhere that the advertising business is picking up.  Maybe that was a misprint and it meant to say they are just using pick-ups.
.
Institutional ads seem to be following suit.  PETA for instance.  Without doubt the organization knows how to produce offensive ads, and sometimes they are just as bad (as in sexy) as what industry does - i.e. Victoria's Secret runway slut Christmas special last night.  (Black Eyed Peas are a class act, huh?)   If Victoria's secret be told, and the models were able to articulate a real thought, their Christmas message might well support Polish-born PETA spokesmodel, Joanna Krupa's statement defending her posing nude as an angel holding a crucifix.
.
"I think worrying about going topless in a photo shoot or film is really ridiculous," protested Ms. Krupa.  "And the fact is, Pope John Paul said, since we were born naked, it is art, and it's just showing a beautiful body that God created."
.
Responding to Roman Catholic critics, the TOB spokesmodel continued:  "As a practicing Catholic, I am shocked that the Catholic League is speaking out against my PETA ads. I'm doing what the Catholic Church should be doing, working to stop senseless suffering of animals, the most defenseless of God's creation." - Story
.
I wonder if she is a member of the TOB Institute?  Perhaps it is cheezy of me to use a Polish spokesmodel's theological genius to critique Victoria's Secret soft porn televised lap dance last night, but I just wanted to hit two bimbos with one stone - without wasting a lot of time on the subject.
.
Not long ago a lot of what we are exposed to used to be called "soft porn"...  it may not be called that now, but it still is what it is.  TOB or not.
.
BTW:  Models be warned...  vanity kills...  Argentinian Beauty Queen Dies After Cosmetic Surgery on Her Buttocks
.
Top Photo:  Angel bridge.  I didn't use the PETA model's photo as it is soft porn and blasphemous. 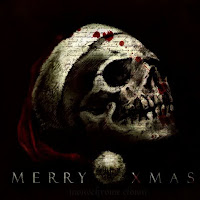