If you are concerned about gaining a plenary Indulgence ... 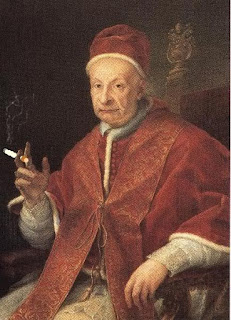 But don't want to pray for the Pope or his intentions ...


ASK FATHER: How to “pray for the Pope’s intentions” if I don’t like them or him?

Yeah.  Read his response there.

I'm no expert, but I wouldn't worry too much about gaining any sort of indulgence with that attitude.  It seems to me the proper disposition to receive a plenary indulgence maybe more or less lacking if a person is governed by such animosity.  I may be wrong of course, and only God knows the soul.

I just think charity should be the guide here.  You don't have to like someone to pray for them - in fact we are told to pray for our enemies - not that the Successor of Peter is our enemy.  The counsel that one doesn't pray for the person of the Pope but for his intentions seems to me to be much broader than limiting one's prayer to those intentions the Holy Father designates.  As Fr. Z makes clear at the end of his response, there are traditional general intentions, which he lists:

Fr. Z also mentions praying for those intentions the Pope designates in accord with God's will.  For a Catholic, one would expect that to be a given, the proper disposition necessary.  One doesn't have to know the intentions of the Vicar of Christ to pray for him or his intentions.  Praying for the head of the Church is prayer for the Church - it is our duty, it is God's will.

Something is off with that sort of miserly attitude towards the Pope.  I don't get it.  Jesus taught us how to pray, and we pray for the coming of the Kingdom, and that the Father's will be done.  It seems to me the Holy Father's intentions are necessarily summarized in that prayer.

Anyone devoted to Our Lady would know that she has asked those who pray the Rosary to pray for the Pope - she never said 'pray for his intentions' - she asked the children at Fatima to pray for the Holy Father.  She did not differentiate.  Just saying.
Posted by Terry Nelson at 12:00 AM

Email ThisBlogThis!Share to TwitterShare to FacebookShare to Pinterest
Labels: Catholic prayer and devotion, Just do it, Plenary indulgences, Say the black do the red