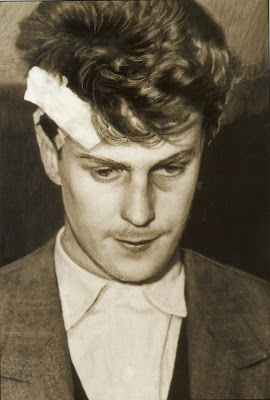 The Good Thief
April 3, 1930 was the birthday of Jacques Fesch. The Jewish-Catholic Archbishop of Paris, Jean-Marie Cardinal Lustiger initiated the cause for his beatification in 1987; as a result, the process was formally opened in 1993. Jacques was guillotined in 1957 for the crime of murdering a police officer after a botched robbery. Through the influence of St. Therese of Lisieux, and the friendship of a Trappist monk, the Servant of God was converted and made great progress in the spiritual life during his imprisonment. Deeply sorry for his crime, he accepted his punishment in peace, and was reconciled to his wife the night before his execution, which he offered to Jesus. He has the infamous distinction of being the last person in France to be guillotined. His daughter is a Carmelite nun who promotes his cause as an example of the mercy of God to sinners. Jacques died on October 1, now the feast day of St. Therese in the revised calendar.
Posted by Terry Nelson at 12:14 AM